a specialist in production and export of chia seeds from Africa

SAGE Uganda has been operational since 2008. It introduced chia seeds growing in Uganda in 2012 originally for export; carry out contract farming which declares a premium base farm-gate price. SAGE Uganda has heavy interest in environmental and climate change mitigation. It deals with 15,000 chia seeds farmers in Uganda. SAGE Uganda has head office in Kampala and satellite offices in other parts of Uganda including Warr Trading Center in Zombo District. It has staff with valuable skills to undertake its projects. It collaborates with many stakeholders including the United States Embassy, Kampala and Government Ministries and department including NUSAF 3. 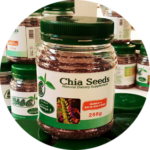 We promote the production of chia seeds for the domestic and export market. The Ugandan chia stands out from that grown in South America for its 63% Omega 3 content as opposed to 53% Omega 3 for American chia. 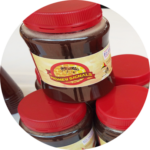 We aim to encourage chia seeds farmers to embrace beekeeping not only as an alternative income but due to the critical observation and acknowledgment of the link between bees looking for pollen from chia and chia plants requiring pollination. 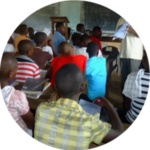 We do entrepreneurship education to help make future dreams come true for Uganda’s secondary school students by teaching them financial literacy skills needed to be successful in life as a way of poverty eradication.

OUR WORK
We believe actions speak louder than words

Our Projects View our work